US to gift additional combat drones to Lithuania – media

Lithuania, which is buying Switchblade combat drones from the United States, will get additional drones in the form of support, Deputy Defence Minister Vilius Semeška has told the delfi.lt news website.

by Babajide Alao
in Foreign
0

“Regarding Switchblades, decisions have already been made, and we are waiting for a contract. We have already got consent enabling us to receive the technology, and we are very happy about it,” Semeška said in an interview published on Tuesday.

“On top of that, the Americans have said they will support us with combat drones, so we will get additional combat drones as support,” he added.

The deputy minister did not specify the number of drones gifted by the US but said that “the number will definitely be significant”. The drones will go to special forces, he said.

“It is an exceptional gift and, I’d say, at just the right time and place,” Semeška added. 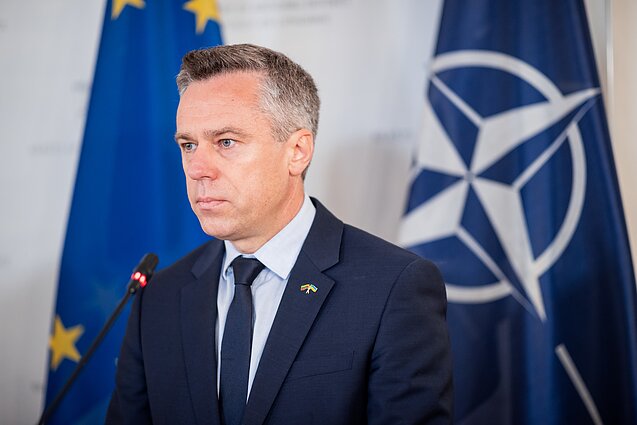 In April, Lithuania announced its plans to spend more than 1 billion euros on weapons from the US and Germany over the next couple of years.

Switchblade combat drone systems will be purchased from the US to bolster anti-tank defence, as they allow destroying the enemy’s armoured fighting vehicles at a range of 40 kilometres.