by Babajide Alao
in News, Politics
0

Apolitical economist and chieftain of the Labour Party, Prof Pat Utomi, has said the LP is worried over the Nigerian situation where those in public offices steal money to rig elections.
Utomi spoke while featuring on Channels Television’s Politics Today, while insisting that Nigerians demand new confidence from fresh leadership. 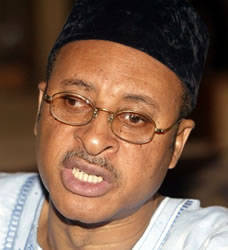 He said that his party had a better structure to give Nigerians a desired leadership than the nation’s two dominant parties – the ruling All Progressives Congress (APC) and the Peoples Democratic Party (PDP).

He expressed confidence that his party would coast to victory in the 2023 presidential election, which is barely seven months away.

“Labour Party has a super structure, much better than the structures APC and the PDP have. The Labour Party is built around the labour movement and a college of civil society organisations,” he said.

According to him, the Nigerian Labour Congress (NLC) and the Trade Union Congress (TUC) have political commissions in every state of the federation.

He stated that the party would mobilise people during the forthcoming polls to ensure that every polling booth was covered.

Utomi however decried a situation whereby those in public office would steal money to rig elections, a system which people had mistaken to be political structures.

He explained that the scenario whereby politicians bribed their way during elections was changing as the people now wanted a different narrative.

“With the structure that we have, I am guaranteeing that on the election day, in every polling station in this country, there are at least 15 people who are standing up for the third force to support the Labour Party candidate,” he said.

On the possibility of a merger with other parties, the Labour party chieftain stated that talks are ongoing with several political parties, although he did not disclose any specific one.

When asked why he was confident of LP’s victory, he berated the performances of both the APC and PDP that had ruled Nigeria.

Noting that they have made Africa’s most populous nation bankrupt through excessive borrowings, Utomi insisted that Nigerians demand new confidence from fresh leadership.

2023: Kwankwaso opens up on endorsing Tinubu

Experts To Dissect Economic Impacts Of Sunset Airports In Nigeria

Experts To Dissect Economic Impacts Of Sunset Airports In Nigeria