Nigerians on the microblogging site, Twitter have revisited the old tweet of veteran actress, Omotola Jolade-Ekeinde one year after she undermined the shootout at Lekki Tollgate.

The opprobrium from livid Nigerians is coming after the Lagos Panel on Monday November 15 confirmed that the Nigerian armed forces perpetrated the massacre of innocent #EndSARS protesters on Tuesday, October 20, 2020.

In the wake of the recent development, Omotola‘s tweets where she appealed that if there were no deaths, ‘people should stop with the sensationalism’ resurfaced.

“If People died during the Lekki Toll Assault.

”Let their people speak out please and if there were No deaths then enough with the sensationalization because it does not remove from the Crime that happened.”

Read her statement below. 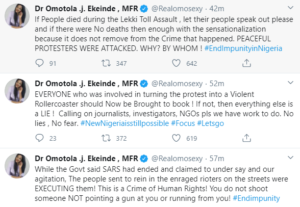 The actress has since taken down the tweets, however, Nigerians expressed disappointment in the actress stating that the Federal Government would use her to doubt and cover up the nefarious incident.

Below is a cross-section of comments from social media users: 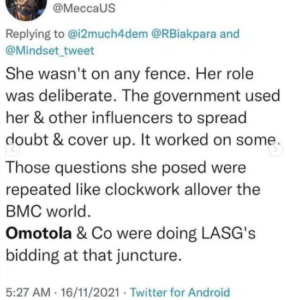 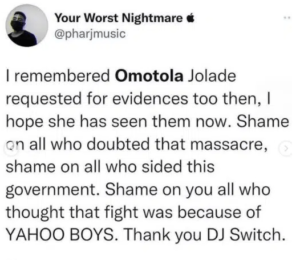 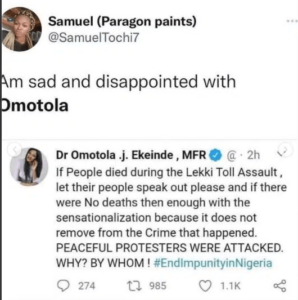 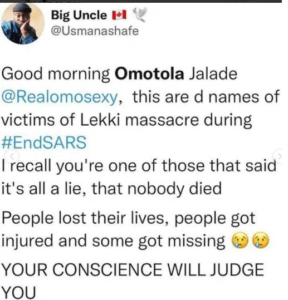