Nigerian recording artsite, 2Face Idibia, otherwise known as Innocent Idibia has taken to his Instagram stories to rant about the ongoing pandemonium in his personal life.

The singer whose marriage with Annie Idibia has been making headlines for controversial reasons in recent weeks has decided to speak about the ongoing drama for the first time.

It would be recalled that his wife, Annie alleged that the singer is still having an affair with one of his baby mama, Pero Adeniyi. She speculated that 2Face ‘sleeps over’ at Pero’s house whenever he visits the United States.

Pero, 2Face’s mother of three gave a response to the allegations in an interview monitored by Ripples Nigeria.

2Face has finally decided to address the family conundrum.

Taking to his Instagram stories during the early hours of today, Monday, October 18, 2Face stated that giving people access to his personal life is one thing he regrets ever doing.

Expressing himself in colloquial terms, the singer mentioned that he is not prepared to wage war against those instigating confusion and panic amidst his family.

He stated that he will continue to maintain peace and orderliness in his home, without choosing violence.

Read the singer’s thread below. 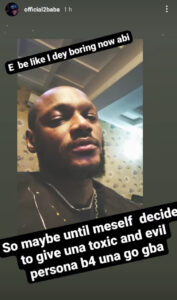 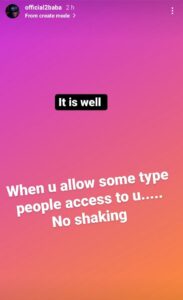 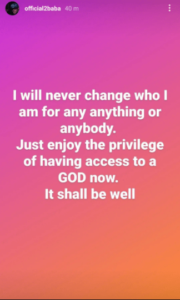 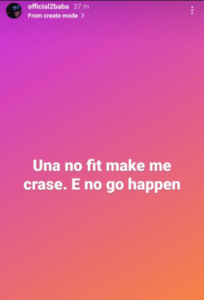 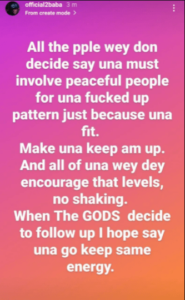 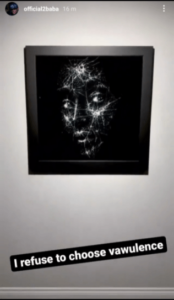 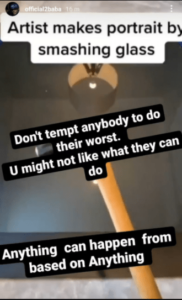 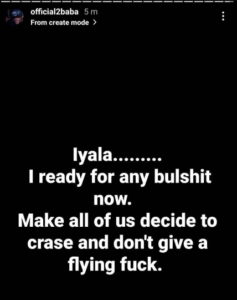 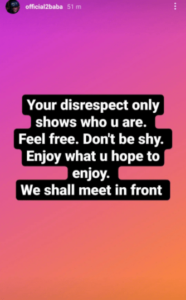